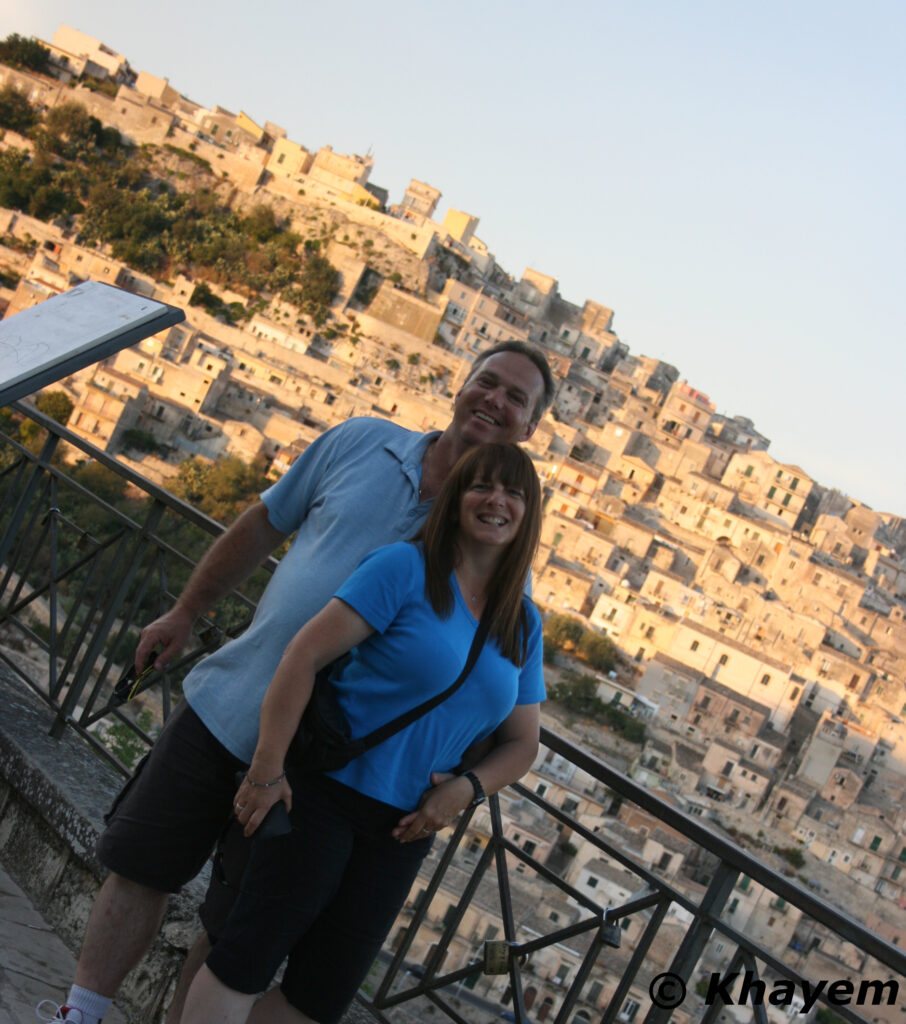 Khayem is a partnership between Kim Graham (myself) and my husband, Bret Adams.

I have been involved with German Shepherds since 1982. My first German Shepherd, Kelly, was not pedigree, but she was loyal, smart and brave! When she passed on well before her time in 1991, I searched for another sable to replace her. Kara, (Ribbondale Piaa AZ BSCl2), was the result of my search.

With Kara, I started obedience training and eventually she led me to becoming an Instructor with the German Shepherd Dog League, Chief Instructor of Engadine Branch, and a Delta Canine Good Citizen’s Instructor in 1996/97. I was a founding member of APDT Australia with other League members, Laurelle Reilly and Susan Wilkins. I also joined the Committee of the League and held the position of Publicity Officer for a number of years. Recently I have been back on the Committee as Membership Registrar, Webmaster and Training Co-ordinator. Since 1996 I have been one of the chief conformation stewards for the League and have had the chance to learn from a number of SV and international judges that have visited Australia since then. My German has also improved! I have also stewarded in obedience for Dogs NSW.

The highlight of my showing to date was the 2001 National, where Sierra, (* Dezignerz Standing Order AZ BSCL1), took out the hotly contested Intermediate Bitch class.

I have also owned and shown Arabian horses since 1990, until 2006. My foundation mare, M. Rosette, has been Australian Champion Mare Bridle Path Hack as well as Australian Champion Top 10 Mare Under Saddle twice and National Champion Working Stockhorse. At the age of 18, she took out the National Champion Mare title. We still have our 2 paddock pets, Rosie’s daughters CU (by GLF Apollo) and Ellie (by Wanted) who will be with us until they cross rainbow bridge to be with their mum.

Bret has been involved with Samoyeds since 1974, and was the owner/handler of one of NSW’s most successful Samoyeds, Calimir –Dawnsnow Star of Yenesei and his son Excaliba – Dawnsnow Lord of Wizards . Bret has also held the position of President of the NSW Samoyed Club. After being out of the show scene for 7 years following the death of Calimir, he became involved with German Shepherds. Bret has served the German Shepherd Dog League Committee as Point Score Officer and Shepherd News Editor, as well as being a member of the Publicity team.

In 2005, Bret and I travelled to the Sieger Show in Ulm, Germany where we fell in love with a number of animals, most notably Pakros d’Ulmental and his son, Vegas du Haut Mansard, and the bitches Ulli von Aurelius and Delma vom Trompetersprung.

In May 2007, we purchased a Pakros daughter from Germany, our Lilli vom Trompetersprung, – Lilli was the first Pakros progenty to come to Australia, bringing with her the absolutely most current German lines at the time.

In August and September 2014, we returned to Nuremburg, Germany, and Naples and Sicily in Italy, to catch up with our friends at the Sieger Show and to see the new lines and dogs coming through. We were very impressed with Willas vom Grafenbrunn, Omen vom Radhaus and his son, Gary vom Huhnegrab, Saabat von Aurelius and some of his progeny and a number of lovely bitches.

Again in September 2018, we returned to Nuremburg, Germany, and Bagnolo in Piano, Italy, to catch up with our friends at the German and Italian Sieger Shows. This time, the progeny of Rustols Goliath, Mars von Aurelius, Uranus zum Gigelsfelsen, Haiko von Haus Gerstenberg, Gary vom Huhnegrab and the dogs of Team Marlboro from Denmark impressed us. We also were impressed by the progeny of Havanna vom Larchenhain. We were also pleased by a number of dogs in Italy.

In September 2019, I went for a flying visit to the German Sieger Show to see some particular animals that we were looking to add to our breeding programme. And in October 2019, Bret flew to Germany to finalise the purchase of our next German import who was supposed to arrive in 2020 but due to COVID-19, did not arrive as planned!

In January 2021, we finally welcomed our new import, *Olymp vom Lärchenhain (imp Deu) HD/ED Normal, KKL, IGP1, DM Clear. Olymp was SG25 at the 2018 Sieger Show and is a son of Havanna, the girl that caught our eye at the show.

We breed for temperament that is a joy to live with, trainability, long term health and of course, type and beauty! We participate in all breed improvement schemes available to us and only breed from the most sound animals.

We hope you like our dogs and horses as much as we do!