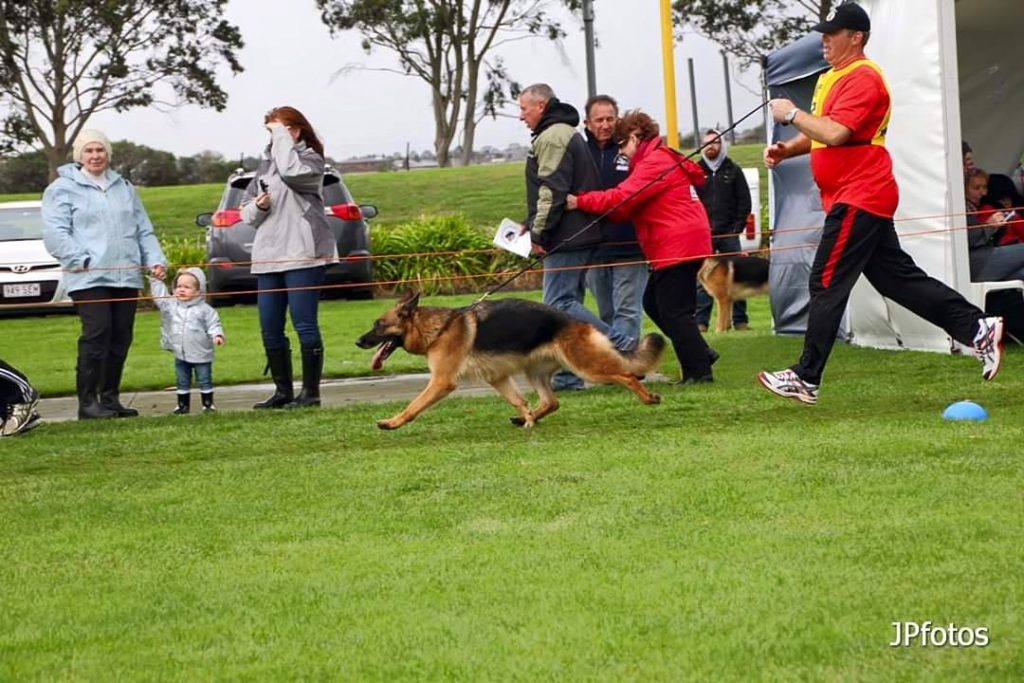 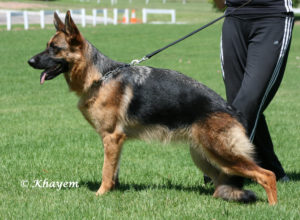 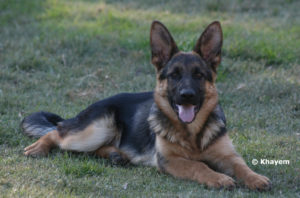 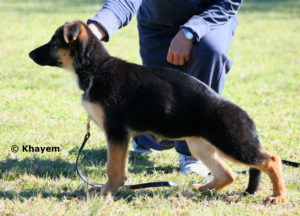 Sassy is a bold, outspoken puppy with a love of running very similar to her sister Vesper. She loves the showring and showing herself off. Her favourite spot is next to us on the lounge watching TV.

Sassy has commenced her show career with a wonderful result and we look forward to many more excellent results as she grows up.

On the 27th September 2015, Sassy became the mother to our “O” litter, with the father being 2014 National Gold Medalist,

On the 1st August 2017, Sassy became the mother to our “R” litter, with their father being German VA and Gold Medalist, Labo vom Schollweiher. From this litter we have retained *Khayem Revelation AZ – “Renzo” and Khayem Renaissance AZ – “Rio”